To share your memory on the wall of Fred J. Snyder, sign in using one of the following options:

Provide comfort for the family by sending flowers or planting a tree in memory of Fred J. Snyder.

Provide comfort for the family of Fred J. Snyder with a meaningful gesture of sympathy.

Funeral services will be held at 10:00 a.m. Tuesday, April 3, at the Illinois City United Methodist Church. Burial will be at the Andalusia Cemete... Read More
Fred J. Snyder, 87, of Illinois City, IL, passed away Thursday, March 29, 2018, at home.

Funeral services will be held at 10:00 a.m. Tuesday, April 3, at the Illinois City United Methodist Church. Burial will be at the Andalusia Cemetery.

Memorials may be left to Hospice Compassus. Online condolences may be left for Fred's family at www.BewleyFuneralHome.com.

Fred was born September 23, 1930, in Mercer, MO, the son of William Harvey and Annaglen Doris Robinson Snyder. He married Betty Rae Link and had two children. He later married Phyllis D. Fuller Danner on September 25, 2005, in Illinois City, IL. He was a 1949 graduate of Reynolds High School and a veteran of the United States Army having served from 1950 to 1953, in Korea.

He enjoyed woodworking and gardening.

He was preceded in death by his parents; first wife, Betty; sisters, Mary Helen, Irene and Pat; and brothers, William, Jim and Raymond.

To send flowers to the family or plant a tree in memory of Fred J. Snyder, please visit our Heartfelt Sympathies Store.
Read Less 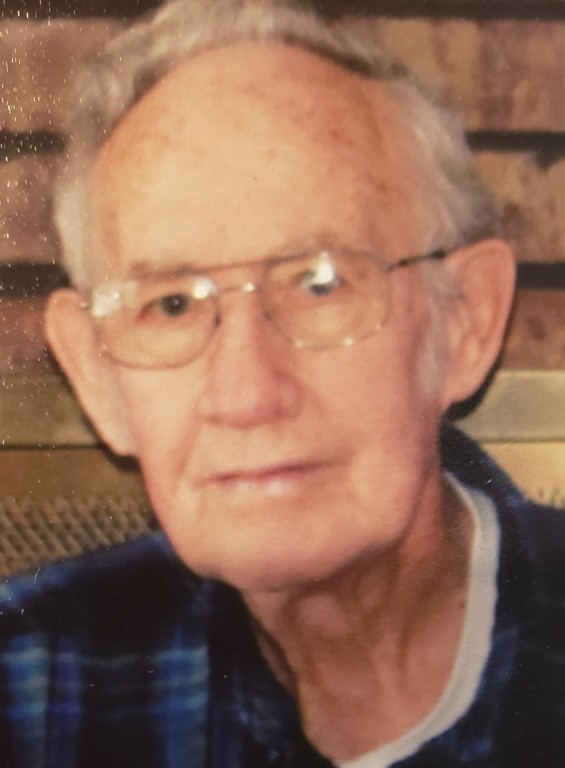 We encourage you to share any memorable photos or stories about Fred J. Snyder. All tributes placed on and purchased through this memorial website will remain on in perpetuity for generations.

We encourage you to share your most beloved memories of Fred J. Snyder here, so that the family and other loved ones can always see it. You can upload cherished photographs, or share your favorite stories, and can even comment on those shared by others.